Right after the mortgage meltdown, adjustable rate mortgages were vilified far and wide. You couldn't find anyone, anywhere, recommending an ARM. Now, though, some are saying that ARMs have had a bad rap. After all, the ARMs that were especially devastating were those with extra low teaser rates, or interest-only ARMs that featured large balloon payments.

While no one thinks that those types of ARMs are a good idea now, there is some talk that it might be time to consider more “traditional” ARMs — especially with rates that can be below 3%, depending on the type of ARM you sign up for. 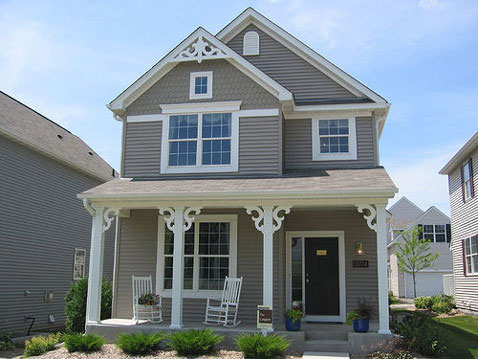 During the heady days running up to the mortgage market crash and financial crisis, many people decided on ARMs because it allowed them to “afford” the payments on a home that they really couldn't afford at all. These ARMs were sometimes structured so that no equity was built in the home, and a balloon payment (to make up for the fact that no principal was paid during a specified period) was practically unaffordable. To get around this problem, many mortgage lenders told borrowers they could refinance before rates re-set, and before balloon payments had to be made. Unfortunately, with no equity, and falling home values, refinance was out of reach for many, and we ended up with the mortgage market implosion.

Today, though, mortgage lenders are more cautious — and borrowers are, too. And this is the sort of climate in which an ARM might work out. Indeed, my parents recently refinanced their home to an ARM. It is an ARM with a rate that re-sets every year, depending on market rates. Since they got the loan two years ago, their rate has lowered each year as mortgage rates have fallen. This has worked out well for them, allowing them to accelerate their mortgage repayment, since they pay the same amount every month, regardless of the rate. So, as the rate falls, more of their payment goes to principal.

There are other types of ARMs that are a little more reasonable as well. There are ARMs that come with an initial fixed-rate period. You could choose a fixed-rate period of three, five, seven or 10 years. The advantage of these types of ARMs comes in if you think you might move soon. You could choose a five-year ARM, with a rate of less than 3%, and take advantage of the low mortgage rate. Then, when you move in four or five years, you sell the home before the rate re-sets.

A carefully chosen ARM can also help you in terms of refinancing to a fixed rate later. Choose a hybrid ARM with a longer fixed-rate period — seven to 10 years — and you can make significant strides in building equity as a larger portion of your monthly payment reduces the principal. Then, if you decide to refinance to a fixed rate at the end of the period, you should have significant equity built up, making the process a little easier.

An ARM isn't for everyone. However, when used properly, an ARM can save some homeowners quite a bit, and help them build equity to boot.

Previous Post: 4 Crucial Tips To Help You Save For Your Next Car Purchase
Next Post: Bank Of America Drops Plans For New $5 Debit Usage Fee After Other Banks Do The Same