My tax preparer is a life saver. Ever since I formed my LLC and began investing, my taxes have been a bit on the complex side. As a result, an accountant prepares my tax returns each year (one for the business, and one for my husband and me, plus our state tax return). This makes my life easier, since I don't spend hours filling out the forms and tracking down the latest information on tax law changes.

I'm fortunate because I trust my tax preparer.

My accountant will represent me to the IRS free of charge if I'm audited, and he makes it a point to go over the return with me before we send it in. I'm pretty sure that he's doing what he should, and he keeps to the requirements of a CPA. 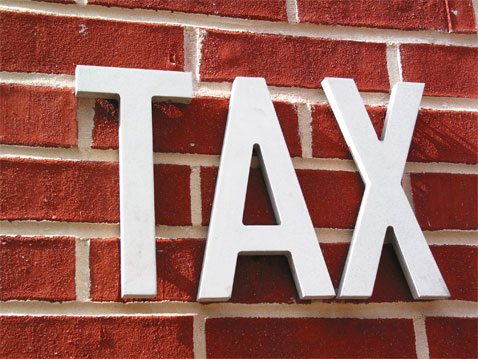 Not everyone is so lucky, though. A relative of mine recently found out that his tax preparer was engaging in some shady practices. Now he's being audited, and the tax preparer is refusing to represent him — unless he pays even more.

After reading a recent article on CNN Money, it seems as though my relative isn't alone. Apparently there is a rash of poor tax preparers that can land you in hot water.

While many of us grumble at the regulatory requirements of bureaucracy, there reality is that, in some cases, regulation can protect you. Regulations that require lenders to disclose your “real” interest rate before you sign on the dotted line, and that require transparency as to the full cost of your loan, can help you better understand your commitment. This protects you and allows you to make informed decisions, since, in the past, lenders had taken advantage of the general public's ignorance on some topics in which they lack expertise.

One of the issues with tax preparation is that there aren't many regulations that require tax preparers to be properly licensed in some states. According the CNN Money article, there are 46 states that have more regulations for hairdressers than tax preparers. In many cases, a brief course is all it takes to become a tax preparer. And, technically, I could start offering my services as a tax preparer. All I have to do is fill out your tax return.

However, it's not just a lack of expertise that can be problematic. Your tax preparer might be making honest mistakes due to a lack of knowledge, and that is frustrating, but it isn't malicious. What's hard is when you run into tax preparers who are little more than scammers. They engage in questionable tactics to save you money (as with my relative) so that you will keep coming back, with little regard to IRS guidance.

Others are outright scammers, stealing your identity and promising huge tax refunds. These refunds are usually the result of adding fake children to boost your EIC and exemptions, deducting things that shouldn't be deducted, and engaging in other activities. When these things happen, you are charged penalties and could be in bigger financial trouble.

Carefully vet your tax preparer. Solid credentials are a good start, but they aren't everything. Be wary of preparers that charge a percentage of your tax refund, rather than a flat fee, and watch out for those that talk of “special government programs” and “grants” you can apply for through your tax paperwork. Such things don't exist. If you feel uncomfortable with your tax preparer, heed your gut and go elsewhere.

Previous Post: 4 Financial Things to Talk About Before Marriage
Next Post: Your Grocery Bill Could Rise with Dairy Prices