Thanks to the Internet, and social media profiles, and the fact that an announcement in your local newspaper has probably been digitized and is searchable, chances are that there is a wealth of personal information about you available to scammers. My son has an Internet footprint (thanks to an obituary naming him as a survivor of his great-grandmother), even though I don't use his name on Facebook or in posts, and he's only nine years old.

The fact that personal information about you is available online means that scammers can use it to fool you into thinking that you are being contacted by someone you know, or someone you share an affinity with. Here are some of the ways that a scammer can trick you with the help of information that many people don't think about as being too telling online: 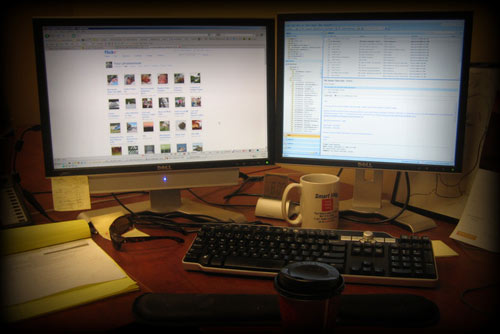 Pretend To Be A Buddy

With a quick look at your Facebook profile or Twitter feed, it's possible for a scammer to get the name of a friend or two. And, if you have been lax with your privacy settings, they can get your email address or your cell phone. Someone I know was called on his cell phone (number available online), and was told that he was a friend stuck overseas. It happened that my friend had served a religious mission in this country with the contact in question. “Hey,” the guy said, “I was visiting our old mission, and I was mugged. I don't have any money or documents. Can you wire me some cash so I can get back home?”

It seems convincing at first blush, since you don't immediately think about how all of these clues appear on Facebook, or on some other social media profile or network. Luckily, my friend was suspicious, so he excused himself and called his friend's cell phone. Sure enough, his friend was home — safe and sound. If he had taken the conversation at face value and wired the money, he could have lost thousands of dollars.

A variation of this can also be used to scam grandparents and others. Be on the alert for such sob stories. Double check before you send money, whether your friend wants you to send money to help pay rent, or whether you are worried about them in another country.

While it hasn't happened to me yet, I worry that someone will try to scam me by claiming to be an associate of someone I know online. It doesn't take much to figure out that I'm a freelance writer, and it's pretty easy to track down the sites I write for. Using this information, someone could easily claim to have an “opportunity” for me, dropping the name of someone I know online.

You should watch out for this as well. You might be approached by someone who claims they know one of your social media connections. After building a little trust, they could ask for money, or try to get your bank account information for “direct deposit” on a job or money making “opportunity.” Before you believe these stories, make sure to double check with your connections to find out if the introduction was made.

You can't be too careful online. Make sure you pay attention, and if your gut is warning you, heed it!

Have you ever had someone try to scam you using your personal information found online?