In Baby Step 5 Ramsey talked about your options for saving for your children's college education.

While I think it's a good idea to get your kids involved in helping to pay for their own education, I'm not against giving them some help as well.

I think  you need to do your best to go to school and graduate debt free if you can – or with minimal debt. 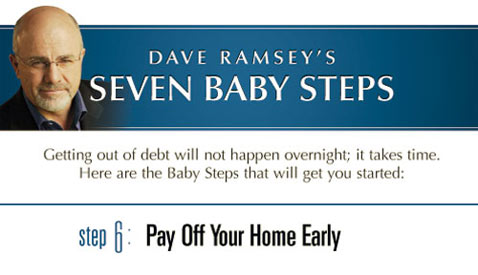 When we talk about mortgages Dave talks about how he thinks you should have no more than a 15 year fixed rate mortgage, and that your payments should be no larger than 25% of your monthly income.  For many people that doesn't seem doable because of the  housing markets they live in, or because of the standards they've set for the home they want to live in.  Sometimes people just aim too high!  In any event, in most cases it is something that most people can do – take on a 15 year loan for less than 25% of their income.

I will be the first to admit that we've taken on a 30 year mortgage at our house because when we bought the house we weren't as serious about our finances, and we were over the 25% of our income as well.  At the same time we have no other debts to speak of, and since we bought the home our income has gone up – to the point where it is no longer over that 25% number.  In any event, we're also paying extra on the mortgage now to help pay it off early.

So what do you get by paying off the mortgage early?  You'll be giving yourself peace of mind in a tough economic climate knowing that your house is paid off.   If the worst happens and you lose a job or have a medical emergency, you’ll be able to get by on a whole lot less.   After all, the house is paid for!

Why You Should Pay Off The House Early

If you read personal finance blogs, there are a lot of arguments in favor and against paying off your home early.  Which is the better for people financially? To pay off their mortgage early, or to save and invest the money for the long term?

First, here are some points in favor of paying off the mortgage early:

Being debt free brings freedom, and sometimes that’s better than a few extra dollars made through investments. 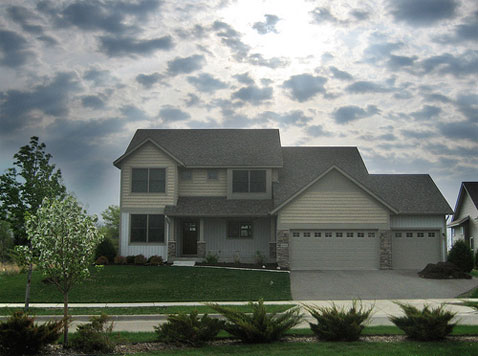 Arguments For Investing Instead Of Paying Extra On House

There are some pretty good arguments that others have made against making extra payments on a house.  Here are the few that made the most sense to me:

The arguments for investing vs. paying off your mortgage early really do make a good case, although I will admit some of them hold less merit for me than others.

We've considered both sides of the argument at our house, and in the end the thought of having a paid off house  – and no mortgage debt – just appealed to us more.  We love the idea of having the freedom and the walkaway power that goes along with having a paid off mortgage.

At the same time, we still want to invest.  So what we're doing at our house is a little of both. We're both investing for our future, and we're pre-paying our mortgage to the tune of several payments per year.  We may not pay off the house as fast this way, but we'll still be paying it off years early.

What do you think about paying off the house early?  Do you think it’s a good idea or a bad idea? Which path are you choosing if you’re at that point? Tell us in the comments!