One of the ways you can save money when you purchase a car is to buy it used. Used cars can provide you with a great way to get from here to there — without breaking the bank. Plus, you avoid the instant depreciation that comes the moment you drive a new car off the lot.

You still need to be careful, though. Thanks to the high water in many parts of the country during the spring or hurricane season, there has been an increase in the number of used cars on the market that have been damaged by flooding. 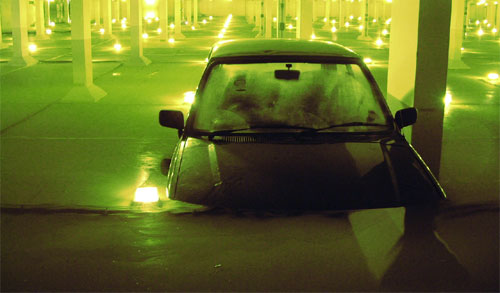 Why You Don't Want A Car With Flood Damage

Before you buy a car, you need to understand that there are a number of problems that can come with flood damage to a car. When that much water infiltrates anything — especially if it sits — there can be very real problems. Some of the issues that comes with flooding include:

Sometimes, flood damage isn't obvious, though. Many sellers try to cover it up with new paint, and with other gimmicks. If you just give the car a once-over, you might not realize that the car has been in a flood.

Most states have laws that require that title documents reflect flood damage, or mention that a car has been through a flood. However, this doesn't protect you in instances when the state doesn't have such a law — or if someone flouts the law. You can check a Carfax report to see about flooding (most reputable dealers will provide you with a free Carfax), but sometimes the flooding happened too recently, or some method was used to avoid having the information reflected on Carfax. You can also get a free report at www.nicb.org, the site of the National Insurance Crime Bureau. Always inspect the title of the car, and ask for the former owner's contact information if you are buying from a dealer.

As you look over the car, check carefully for signs of possible water damage. You should also have your used car inspected by a mechanic you trust. This typically won't cost very much, and it can provide peace of mind as you buy the car. Plus, a good mechanic will be able to spot the tell-tale signs of flood damage — and attempts to cover it up.

Previous Post: How To Invest Money For Your Kids
Next Post: Lower Your 2011 Tax Bill by Going Green With Home Energy Tax Credits