One of the ways that you might be wasting your money could be due to the effects of anchoring. Anchoring is one way that retailers and others try to get you to spend more than you might normally spend. The effect of anchoring can also be seen in your other financial decisions, including investing decisions.

The idea of anchoring is that you use a value you know to make a decision about something you may not know about. Often the anchor price or value does not actually have a bearing on the actual value. 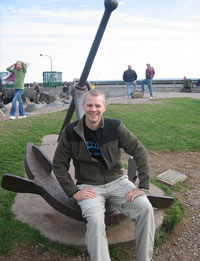 When anchoring, people base decisions or estimates on events or values known to them, even though these facts may have no bearing on the actual event or value.

Anchoring can affect the way you make money decisions in your daily life, as well as in more long-term situation.

One of the most common ways anchoring is used is to encourage you to spend more money than you normally would. This can be related to the idea of buying something in a “middle price range.” Something expensive will be presented next to something that is less expensive (but still not the least expensive). The idea is to get you to purchase something that is pricier than you would purchase normally.

Anchoring works at stores, when you see something expensive. That price for the item is “anchored” in your mind as something that you can expect to pay. So, when you see something next to it that is a little bit cheaper, that item suddenly seems like a good deal. The cheapest version of the item might work just as well, but it suddenly seems too cheap. Is there something wrong with the quality? Instead of getting the cheapest possible item, you go with the mid-range price. It feels like a good deal because you didn't pay the highest price, and you also feel good because you didn't “cheap out.” You feel like you got a good value, even if you probably would have saved money and still been fine with the lowest priced item.

Anchoring in investing is another issue. During times when your stock is losing value, Investopedia points out, you might be inclined to hold on to the stock because you want to at least “break even.” You don't want to sell until the stock at least reaches the price you paid for it. This is another form of anchoring. In your mind, the stock is “worth” a certain amount because that is the price at which you bought it. Even if the fundamentals have changed, and you should cut your losses (or harvest them for tax purposes), the “worth” of the stock is anchored in your mind.

Anchoring also works on a wider scale in the markets. A stock might remain stubbornly high because a certain expectation for price has been promoted. This could very well be seen in the Facebook IPO. There is already an expectation of what the stock should be valued at, so the market could easily adhere to the principle of anchoring when Facebook becomes publicly available.

It's up to you to recognize anchoring situations. Instead of letting a fixed price set the value, consider what you want to pay before you head to a store or restaurant. Do research on investments to avoid letting your emotions rule you too far when making buy and sell decisions. Be aware of the effects of anchoring, and work to combat them.

Previous Post: Here’s Why You Should Shred Those Credit Card Convenience Checks
Next Post: Where Do You Get Better Returns For Short Term Savings? A Bank CD Or A Lending Club Account?