Earlier today the Supreme Court came back with a 5-4 decision upholding most of the key provisions of the Protection and Affordable Care Act (PPACA) that was passed by Congress and signed into law in 2010.

The law has been an extremely contentious, but no matter where you stand on the issue, with today's announcement the only way the act won't go into effect is if it is repealed by Congress.  Because of that the election seems to have just taken on added importance this year.

So with the law being upheld, what does the decision mean and how will it affect health care and the economy in the U.S.? 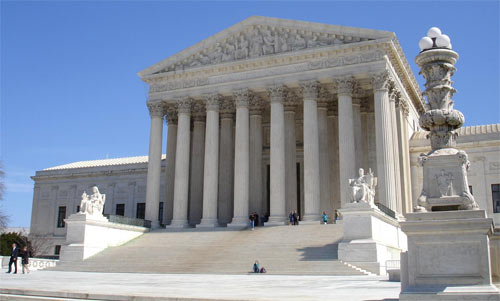 Pros And Cons Of The Law

So what are some reasons people are happy about the law being upheld?

Others are unhappy that it was upheld, and cited a variety of reasons it should be repealed now.
So let's review what some of the things that are in the health care law that have now been upheld.

One of the most controversial aspects of the health care law was the individual mandate.  That part of the law required that individuals have some form of health insurance, either on their own or through an employer.  If you don't have coverage, you pay a penalty.  The court upheld the individual mandate, and people will soon be required to have insurance or pay the penalty.The court clarified that the the requirement is not a mandate, but a tax, and as such is constitutional and falls under the government's taxing authority.

So what is the penalty for no health care coverage? It will be whichever is greater of:

Some have suggested that if you don't pay the tax/penalties for not having coverage you could be subject to the same penalties as non-payment of taxes (jail time).

Most of the main provisions of the Affordable Care Act were left intact after the Supreme court made their ruling.   Obamacare provisions that remain in effect:

The Affordable Care Act when it was passed had a provision that said families earning as much as 133 percent of the federal poverty line would be eligible for Medicaid.    If states failed to comply with the expansion of Medicaid the government would be able to withhold all Medicaid funds.

Health Care Will Be A Major Election Issue This Year

While the ruling today was certainly a big win for Obama, and will have major ramifications for this country, the debate surrounding health care is far from over.

Already you're seeing how the election season will be shaping up, and I guarantee that the health care law, and the repeal thereof, will be one of the main issues people will be focusing on, right after the struggling economy.

What are your thoughts on the Supreme Court's decision today and what effect it will have?