They're called convenience checks for a reason. You open up your mailbox and there sits an envelope from your credit card company telling you that you have to open it right away. There's an exciting offer is inside!

When you open the envelope you find a bunch of blank checks with a well written letter telling you that this special offer allows you to write a check for purchases instead of using your credit card.

But that’s where the convenience ends. It’s easy but using those checks is not in your best financial interest for a number of reasons. Let’s take a look at why those credit card convenience checks need to take a one way trip to your shredder.

There’s a reason that you both love and hate your credit card and that’s because of the interest rate. Your credit card may act as the bridge between paychecks but at sometimes more than 20% interest, you’re flushing more money down the drain than you realize.

What grace period? With your credit card, you have a grace period where you aren’t charged interest providing you pay the balance in full when the statement arrives. After that, interest starts to add up. With convenience checks, the interest kicks in as soon as you use the check.  No grace period here which means there is no sound financial reason to use these checks.

Fees For Using Them

If the lack of grace period and high interest rate wasn’t enough, you’re probably going to be charged a three to four percent fee for using them. The credit card company will call it a convenience fee but it’s actually the normal fee that a merchant would pay if you used your card.

If you thought it was easy for thieves to get a hold of your credit card, those convenience checks that come in the mail are even easier. Before you even know they came in the mail, thieves can take them and use them leaving you with a mess that will take a lot of time to clean up.

Refused For Any Reason

Another little known fact is that the credit card company can often refuse to honor the convenience check for any reason. Take for example this story of a gentleman who used the check to put a $1000 down payment on a Toyota Prius.  The credit card company refused the check shortly thereafter simply because they felt he was overutilizing his credit.

Although the arguments might be flimsy, using a credit card, in some cases, makes financial sense. If you are the type of person who can pay the full balance at the end of every month, you can build up some healthy rewards points.  With credit card convenience checks, however, there is no responsible reason to use them unless a true financial emergency exists.

When you get these checks in the mail, take them directly to the shredder or tear them up in to small pieces before throwing them away. Remember that convenience checks are everything but convenient.

Have you ever used convenience checks?

President Obama announced this week that he would be seeking passage of a new updated mortgage relief plan aimed at helping underwater homeowners to refinance their properties and take advantage of historically low rates. The bill has an uphill climb, however, as Republican legislators have announced their opposition to the plan as another waste of money, and a drag on business and hiring.

This isn't the first time we've heard of a mortgage relief program to help underwater homeowners as Obama has floated ideas like this in the past.  The programs have had decidedly mixed results, however, with the Making Home Affordable home modification program seeing over half of the people enrolled in the program dropping out.  Other programs have had mixed results as well in part because of homeowners unable to fulfill obligations and largely in part to banks not participating in the programs or making it extremely difficult. 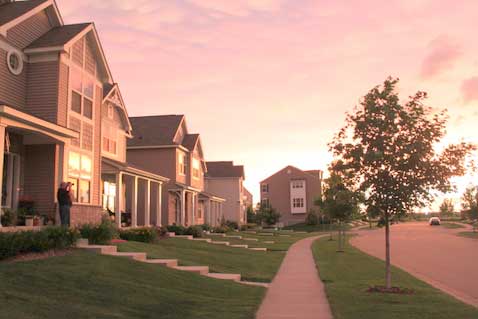 So what are the details of this new refinance program?  How does it differ from previous programs?  From the Washington Times:

Only three months after proposing a mortgage-relief plan, President Obama went back to the drawing board Wednesday with another proposal, paid for by a new tax on big banks, that would allow millions of “underwater” borrowers to refinance home loans.

The president’s latest plan, which he outlined in his State of the Union address last week, would allow underwater homeowners – those who owe more than their homes are worth – to refinance their mortgages into loans backed by the Federal Housing Administration (FHA). Borrowers could not have more than one late payment in the past six months, and banks would be required to reduce mortgage balances for homeowners who owe more than 140 percent of their home’s value.

The administration says about 3.5 million borrowers would likely qualify for the plan. While the effort last year applied to homes financed through mortgage giants Fannie Mae and Freddie Mac, this latest proposal would help borrowers with private-sector bank loans.

So approximately 3.5 million borrowers may qualify for the program – and you don't have to have a loan that is backed by Fannie Mae or Freddie Mac, as with previous mortgage relief programs.

People looking to refinance under this program would have to meet the following criteria:

The program would cost between 5 and 10 billion dollars, and Obama proposes to pay for it by levying a tax on large banks. Because of that many banks and mortgage giants have come out against the proposal.

Reactions To The Plan

Reactions to the refinance plan have been mixed.    Based on the lackluster response to past programs many folks doubt that this plan would have much effect either.

Others say that it doesn't matter much either way as the plan has too much opposition in the Congress, and isn't likely to pass.

Douglas Holtz-Eakin, president of the American Action Forum, says the plan is more politics than anything.

“The President’s proposal appears to be more politics than policy. As structured, an expansion of FHA subsidies to refinance does not appear likely to pass Congress, so its policy effectiveness is in doubt. Moreover, even if passed, $10 billion or so would have no serious impact on underwater homeowners when the overall negative equity exceeds a half trillion dollars. The White House must know this, leading one inevitably to conclude that this is campaign rhetoric and not real help for real people.”

David Stevens, president and CEO of the Mortgage Bankers Association, says that the program has some appeal to underwater homeowners, but a tough battle to be passed:

“The mass refinance proposal will have appeal to those that are sitting in homes, underwater, and feel like they have been left on the sidelines during this interest rate rally that has brought mortgage rates to near historic lows. I think the refinance announcement’s biggest hurdle is going to come when it faces the reality of needing congressional approval. The funding mechanism, the moral hazard, the re-default risk, and the role of government intervention in housing will likely create divides on both sides of the debate that will make the likelihood of this moving forward an uphill climb.”

Still others say that the program is a positive one that could help jumpstart the housing market.

What are your thoughts on President Obama's new housing plan? Will it be passed, and if so, will it help people as promised?