Black Friday is nearly upon us. It’s the one day in the year where you can find outrageous deals on cell phones, clothing, furniture, and just about anything else you’d ever want to buy. The prospect of the busiest shopping day of the year is intimidating if not outright terrifying, and most are content to sleep in and eat Thanksgiving leftovers rather than brave psychotic shoppers and endless lines. But for dedicated shoppers, the promise of a bargain is too tempting to pass up. Android users already know that a smartphone is a valuable shopping assistant, but you can get even more out of Black Friday with the help of some specialty apps. 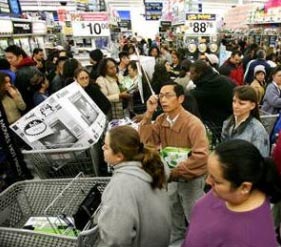 First up is an app that lives up to its name. The Black Friday app gives you a peak at all the local Black Friday bargains that retailers have made public. Even more appealing are the “leaked” deals; unofficial and rumored super deals that aren’t actively promoted by retailers. Whether or not these “leaked” deals are merely a marketing gimmick (hint: they are) doesn’t mean that you still can’t save loads of money by taking advantage of them. The Black Friday app’s other draw is its social component, letting you share and discuss deals with other shopping fanatics through Twitter and Facebook.

Another aptly named app, TGI Black Friday posts local and online deals in a simple, easy to read list that is constantly updated, hooking you in with the possibility of a perfect bargain just around the corner. This app posts coupons that will appear in your local paper early, giving you a head start when you plan your Black Friday strategy. You can even use this app to send printable .pdf coupons straight to your e-mail. When used in conjunction with the Black Friday App, TGI Black Friday will ensure that no deal slips past your radar.

With all the discounts that go on during Black Friday, it’s inevitable that some unscrupulous retailers will try to scam you with fraudulent deals. Be wary of “deals” that are the same, or even more, than the normal price. Having a trusty barcode scanner is the best way to see if a bargain is the real deal (pun intended). There’s many good barcode scanners to choose from, but Redlaser is better than most, giving you instant price comparisons from major retailers like eBay, Amazon, and Best Buy.

Another trick to watch out for is retailers who make deliberately complicated discounts to make it hard to figure out exactly what kind of value you’re getting. Download Discount Calculator for free. Just enter the original price and use a simple slider bar to determine how much you’re actually saving in simple dollar amounts. 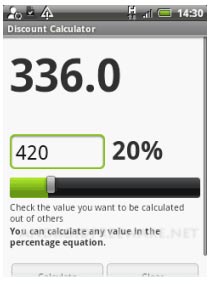 Shop Until You Drop Pro

Have you ever dreamed of actually making money while you shop? No, it’s not just a wild fantasy. Companies often employ what are known as mystery shoppers, undercover customers whose job it is to anonymously test how friendly and helpful a store’s staff is. Companies are especially prone to using mystery shoppers on Black Friday in order to see how staff responds under the pressure of the busiest shopping day. Shop Until You Drop provides a list of available mystery shopper gigs. Download it if you think you have what it takes to go undercover. You’re sure to get some good stories out of it, not to mention a few extra bucks.

Black Friday is a battleground where only the dedicated bargain hunters survive. Don’t go into battle unarmed. Load up your Android with these strategic apps and keep your eyes peeled for deals.