Put yourself in the shoes of a caring Grandmother. Let’s say one day you receive a call from your grandson telling you they’ve been in an accident and are being held in jail in the Dominican Republic. They want you to keep their little debacle a secret but they need you to wire money to them ASAP to get them out of jail.

What would you do?

Claudia Beach of Jacksonville, Florida recently faced this exact scenario recently and in a worried, emotional state, sent the money straight away to her needy “grandson”. Her “grandson” first called asking for $3,400 for bail out of the Dominican Republic jail he was stuck in.

“My emotions went wild. I couldn’t think. All I could think was he was in jail in a foreign country”. 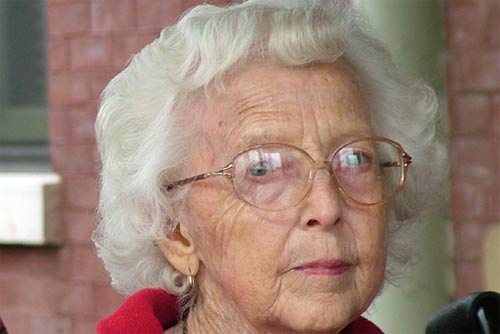 She rushed to her nearest Publix and wired the money immediately via Western Union.

Keeping her “grandson”s secret she apparently didn’t discus this matter with the boy’s parents. The very next day she received another call from him. This time he said they were making him pay his medical expenses of $2,400.

Later that very afternoon the phone rang again. This time sonny-boy was asking for $1,800 to pay for the medical expenses of the lady he hit.

She says that the employees at Western Union questioned her each time if she was sure if this was her grandson. When he called the first time he told her that he didn’t sound like himself since he had been in the accident and had stitches in his lips. In a concerned state, she bought this story.

The money was wired each time to a lawyer by the name of Angel Rosario. Money that Claudia Beach will never see again. A total of $8,300. She has since filed a complaint with the Federal Trade Commission and the local police. Beach has come forward with this story to bring awareness to others that might be at risk for this scam.

What breaks my heart about this scam is that it preys on love. If you are a caring Grandparent be wary if you receive a call like this that tugs on your heart strings. If you receive a distress call from a family member in another country I would recommend first, verifying that they are in fact in another country. Using the bullet pointed suggestions above or maybe calling their cell phone? Or their parents to ask how they are doing and what they are up to? I understand there will be different cases for different family dynamics but before you pay up you need to verify an identity!


Video about Grandparent Scam Strikes Again by @GetOutOfDebtGuy from GetOutOfDebt.org

This guest post was submitted by Steve Rhode who is a consumer debt expert and helps learn about getting out of debt and avoid scams.