Approximately 15 million people a year are victims of identity scams. The financial toll from these victimizations is near $50 billion. Identity theft is a growing epidemic around the world, and people need to learn how to protect themselves before they become victims without even knowing it.

CBS published an article about a retired Connecticut US Army soldier named John Harrison.  A few years prior to his retirement a man named Jerry Wayne Phillips stole his military I.D. and went on a shopping spree. He shopped at major home repair stores, bought high ticket electronics and even purchased new cars.  Over 65 different accounts were created in Harrison’s name.

Within just four months Phillips had run up a tab of around $265,000 under Harrison’s name. Today Harrison still has $140,000 in debt he cannot clear which prevents him from personal purchasing, borrowing, and even opening a checking account.

Protecting Yourself From Identity Theft 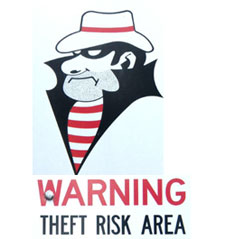 As overwhelming as it may seem, there are some simple things you can do to protect yourself from identity theft. One thing you can do is to put a fraud alert or credit freeze on your credit cards with all three major credit bureaus. There are three different types of fraud alerts that can be used to warn your creditors of potential crimes against your identity.

With a credit freeze you can control who can have access to your credit report and when, which allows you to block potential thieves from gaining access to it.

You can contact the 3 credit agencies to put a freeze on your account at the numbers or websites below.

You can also ask to add a victim’s statement to each of your credit bureau reports asking creditors to call you personally to verify all credit applications made in your name.

Use Third Party Services To Protect Yourself

Another smart thing you can do is to work with professional services like LexisNexis identity management. They have the tools, staff, and expertise to work with credit services and watch your accounts. They also help by preventing fraudulent payments, and work with government agencies to reduce abuse.

Identity theft insurance is also now available to help with prevention and protection for consumers. Because these are fairly new services however, it is warned that customers take the time to make sure the insurance being offered will appropriately cover the type of loss you may have as a customer. You may also want to check with your existing insurance agencies as they may already have some kind of policy in place as a part of your current agreement.

Others Dealing With ID Theft

Identity theft can affect you in many ways, just like it did Malcolm Byrd:

Identity theft is a crime that can cripple you for life. It can have a ripple affect with your finances and personal identification that can cause you endless problems. Take the time and make sure your take some of these simple steps to protect yourself and your I.D.

Have you ever had to deal with identity theft?  Tell us about it in the comments!