This time of year, we think a lot about New Year's resolutions, and what we can do to improve ourselves — and our lives. While these resolutions can be helpful in improving your financial situation and your lifestyle, you might be surprised at what you can accomplish in your own life if your resolutions focus on someone else.

Giving can be a great way to help others, while at the same time improving your outlook on life. As you contemplate the way you want your life to look over the course of the next year, consider making a resolution to give more: 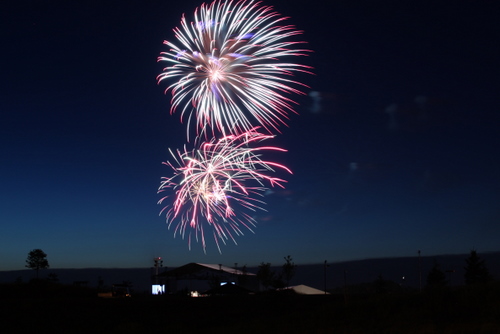 The easiest way to give more is to donate money to a cause or a charitable organization. Look around your community and see if you can find worthy recipient of your money. In some cases, it might be as simple as increasing your regular donation to your religious congregation, or upping your donations to the local food bank. In any cases, being generous with your money helps your own finances in a couple of ways:

And, even though many people don't give with the tax deduction in mind, it's still a consideration. You can reduce your tax liability through charitable giving.

You don't always have to give money, though. Some of us just don't have the resources we'd like to write big checks to our favorite charities. Instead, you can consider giving some of your stuff away. Look for friends and family who might need the stuff, or give it to charity. Chances are that you have a few things, in good shape, just sitting around, not fulfilling any purpose. Give it away, and someone else could get good use out of it, and, on top of it, if you get a receipt from a charity, it can also count as a tax deduction.

Many charities just need your help. Make a resolution to volunteer more often. Go once a month, or every two months, or whatever you have time for. Helping others can provide you with a healthy mental state, and it can also give you something worthwhile to do. Your time is a valuable commodity, true, but you might find that you are making a good investment by volunteering your time, expertise or talents to those who could benefit.

What are your New Year's resolutions? Are you planning to give more in the coming year?

At the same time that Americans remain as generous as they can be, public charities and private foundations continue to take a beating from the economy's slide as donations continue their downward spiral.

Non-profit research firm GuideStar reported donations are way down as charitable organizations have been hit hard by the weak economy. The study revealed about 40 percent have seen declines in contributions in the first five months of 2010 at the same time that a majority, 63 percent, saw an increase in demand for their services. According to the study, “even organizations that have stopped the bleeding are concerned.”

Everybody Is Giving Less

More than 60 percent of participants who reported decreased contributions attributed the drop to a decline in both the number of individual donors and the size of their donations, both functions of the downturn.

GuideStar pointed out that the pain was pretty well spread among different types of organizations, although those involved in mental health and crisis intervention were more likely to report a decline in contributions (51 percent).

In addition to the number and size of individual donations, other issues responsible for decreased contributions included smaller corporate gifts; smaller private foundation grants; and discontinued private grants and government grants. As a result, 17 percent of the charities said they had to cut services while 11 percent were forced to lay off employees.

Other Estimates Corroborate The Dropoff

Meanwhile in its annual report, the Giving USA Foundation stated donations fell 3.6 percent in 2009, the largest drop in 26 years. Individual giving dropped by 0.4 percent while grants from foundations were down almost 9 percent. Americans gave $303 billion to various religious, health, cultural and environmental causes in 2009. And according to the Association of Fundraising Professionals 2009 State of Fundraising Survey, nearly half of charities in the United States raised less money in 2009 than in 2008.

What's more, researchers at Boston College's Center on Wealth and Philanthropy, which estimates how the most recent changes in financial resources affect the aggregate level of household giving, estimates US household giving for calendar year 2009 totaled between $216-$218 billion dollars, representing a decline of between 4.8 percent and 5.7 percent from the 2008 total of $229 billion.

Preliminary projections for 2010 are all over the place, as the researcher predicts that total household charitable giving could return to the pre-recession (2007) level of approximately $234 billion in the best case scenario, or on the low end, decline an additional 3.9 percent to a total of $212 billion by the end of 2010. Still the researchers pointed out the 2010 estimates would be lower if unemployment remains high throughout 2010 and higher if the recovery is stronger than expected.

A Final Warning To Fundraisers

If you’re going to be doing any fundraising in the downturn, you’re going to have to be smart about it. Peppering potential donors with constant reminders turns out to not be the best approach. When individuals were asked about why they stopped giving, the No. 1 response was being petitioned for money too frequently by a particular charity, and solicited an inappropriate amount.  It makes sense when you think about it – what do you do with all of those “0% APR balance transfer” offers you get in your mail every day?  That’s what I thought.