Last June 30th our son Carter was born. He weighed in at 8 pounds even and was 21 inches in length. Since then he has grown rapidly, to the point where is now somewhere around 20 lbs, and his height is in the 95th percentile. He's got two parents who are either near or over 6 feet tall, so we have a feeling he's going to be tall as well. In the past couple of months he's started crawling and standing on his own, and we're sure the walking part is just days away.

Have a child at the house has been an amazing event in our lives, and we both feel very blessed that our little boy has been healthy thus far. But while life with Carter has been a lot of fun, it hasn't all been rainbows and unicorns. There have been new expenses cropping up all the time, along with the reduced income as my wife quit her job to stay home with our son. We've found that certain areas were more expensive than we expected, while others weren't as bad as we thought.

Today I thought I'd do a quick look at some areas that we found that we spent more than we had expected, as well as talking about how you can avoid having your own expenses get too far out of control.

Baby Expenses That Were Higher Than We Expected 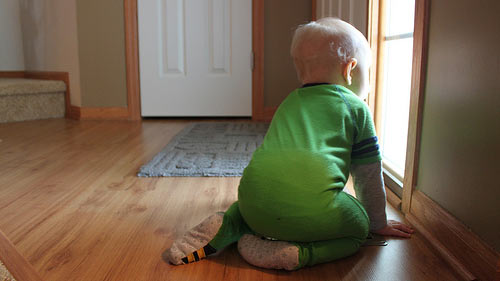 When we found out that we were expecting, I started researching how much we could expect to spend on our new baby.  Here are some of the expenses we expected, that ended up being higher than we thought.

So those are a few areas where we spent more than we had intended, and how you can attempt to avoid the same mistakes.

What areas did you overspend with for your children?  What expenses do you think can be avoided?  Tell us about your baby expenses and where you overspent in the comments.