In the past we've talked about which retirement accounts are best for different situations, and we looked at reasons why you might want to invest in a Roth IRA, 401k, Roth 401k or A Traditional IRA.  Depending on your age, your income, your current and future tax situations and a variety of other factors, you may want to look at investing in one or several of these account types.

At our house we love the fact that the Roth IRA is done with post-tax dollars because it means that we'll never have to pay taxes on the contributions or earnings.  On the other hand, Who knows what our tax situation will be in retirement versus now – so it pays to do a bit of retirement account diversification. So we're investing in a Roth account as well as in our 401k.

This week the IRS came out with the adjusted pension plan limitations for 2012, so I thought I'd take a look at some of the changes in the 401k rules, regulations and contribution limits. 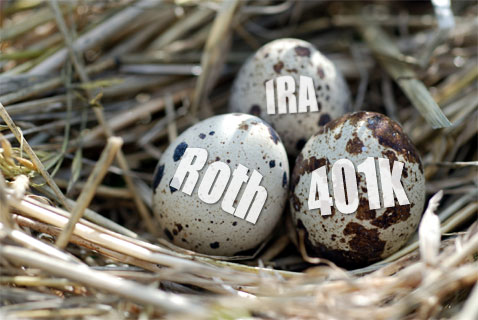 Background on the 401k retirement account type from Wikipedia:

A 401(k) is a type of retirement savings account in the United States, which takes its name from subsection 401(k) of the Internal Revenue Code. 401(k)s were first widely adopted as retirement plans for American workers, beginning in the 1980s. The 401(k) emerged as an alternative to the traditional retirement pension, which was paid by employers. Employer contributions with the 401(k) can vary, but in general the 401(k) had the effect of shifting the burden for retirement savings to workers themselves. In 2011, about 60% of American households nearing retirement age have 401(k)-type accounts.

Here is a look at the maximum yearly contribution for the 401k account type every year since 2007.

There are separate contribution limits for employers in case they decide to add to your account.  Currently an employer can make a contribution of up to 6% of the employee's salary.

There are other things you may need to consider with your company's 401(k) plan. For example, if you're a highly compensated individual at your company you may be subject to separate contribution limits. Some plans may allow you to make post tax contributions to your account. Currently the max you can contribute to a 401(k) plan in 2012 is $50,000 or 100% of your compensation, whichever is less.

Are you currently contributing to a 401(k) plan through your work? Are you contributing to the maximum? Do you get a company match? Tell us what you think about the limits, and if you'll be able to reach them.