One thing that always makes me cringe is when I hear about someone who has been asked to co-sign on a loan for a friend or family member.

I cringe because I know just how often those situations can turn bad, and how the co-signer can often be left holding the bag.

Usually there's a reason why the borrower is being asked to get someone to co-sign for them.  Because they've a risky loan for the bank to make.

You Are Liable For A Cosigned Loan

The problem with co-signed loans is that far too often people don't know what they're signing up for.   They think they're just signing on the dotted line to vouch for their friend or family member, when in fact they're actually becoming 100% liable for the debt. 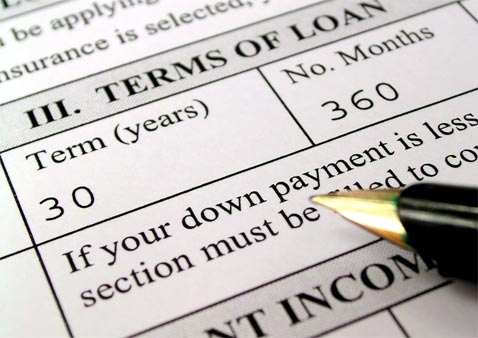 Some things you should know about cosigning a loan, from the FTC:

Reasons Why Co-Signing Is A Bad Idea

There are a lot of good reasons that co-signing a loan isn't a good idea.  Among them:

Want some wisdom from a higher source? How about these bible verses from Proverbs – once again, they speak to the folly of co-signing.

A man lacking in judgment strikes hands in pledge and puts up security for his neighbor. (Proverbs 17:18 NIV)

Do not be a man who strikes hands in pledge or puts up security for debts; if you lack the means to pay, your very bed will be snatched from under you. (Proverbs 22:26-27 NIV)

But I Want To Help! What Should I Do?

A lot of people find themselves in a situation where they want to help, and they end up co-signing because they don't know what else to do.  Remember, however that in the end you may not be helping them as much as  you might think.  You may be harming the relationship by saying yes.  Instead of co-signing why not try one of these ideas:

Co-Signing Horror Story – Let This Be A Lesson To You

Here's one co-signing horror story I read just today over at MSN Money.  Unfortunately stories like this are all too common:

My biggest mistake was to co-sign a student loan for my ex-boyfriend's younger brother. I have a problem saying no to people that I feel have been dealt a bad hand in life. I felt sorry for him because his family couldn't and wouldn't help him, and I knew he really wanted to go to school. I thought it was a good thing and that he was on the right path with the right mindset. I wanted to believe in him.

It turns out that he made me sign for two loans, not one like he told me. He had me sign the second loan by saying that the school lost the original papers and he had to resubmit the paperwork. Being the naive and trusting fool that I am, I believed him. Turns out he dropped out of school shortly after starting, and didn't give the school any notice so they could refund part of the money. He owed the creditor the full loan amount of almost $9,000. He did not make any payments for almost four years after dropping out — which, after fees, increased the amount owed to over $13,000.

Now, years later, and after numerous phone calls, false promises, pleas and threats, he has finally made a deal with them to make three monthly payments for a reduced amount agreed upon. He could not come up with the second month's payment so I had to borrow from my credit card in order to help out, in the hopes that I can salvage what's left of my nonexistent credit after this is done with. He claims he will pay me back, but I won't hold my breath.

If my advice doesn't scare you out of co-signing on a loan, hopefully the story above will.  Don't allow yourself to be guilted into signing onto a loan for someone else's stuff!  You get all of the risk, but none of the benefit!

What do you think about co-signing on a loan?  Have you ever co-signed, and if so, how did it turn out?  Tell us your thoughts about the topic in the comments!

\ If you co-sign and the borrower misses a
payment, the lender can collect from you
immediately.
\ You are being asked to guarantee someone
else's debt when you co-sign a loan.
\ If you are considering co-signing, be sure
you can afford to pay the loan.
\ Your liability for the loan may keep you from
getting other credit you may want.
\ Before you pledge property, such as a car, to
secure the loan, make sure you understand
the consequences. If the borrower defaults,
you could lose your property.